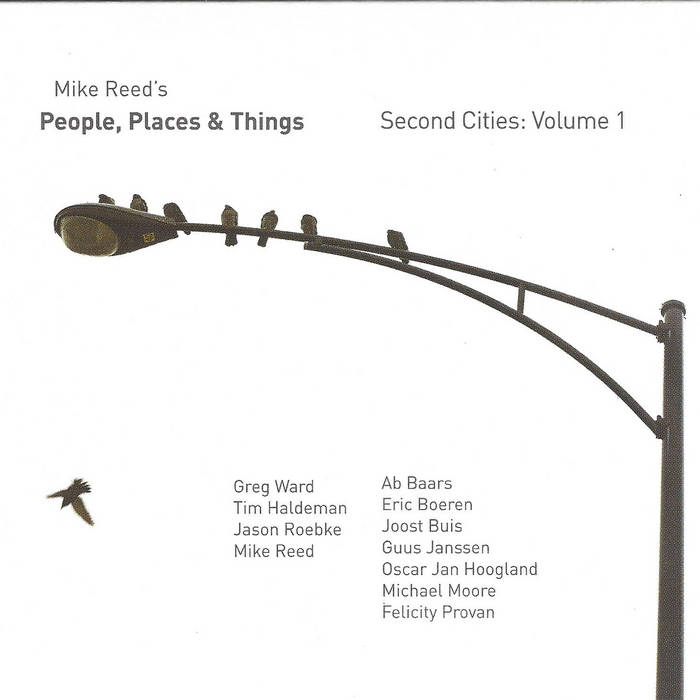 Drummer Mike Reed started People, Places & Things as a vehicle to explore undersung repertoire from Chicago’s jazz, blues and improvised music scene between 1954 and 1960. In short order, they produced a highly acclaimed trilogy, each with a different take on the concept, and eventually sharing the spotlight with players from that original scene. They have continued forward from there.

On Second Cities: Volume 1, their fifth release, they move to a new place, with some new people. The second city is Amsterdam, where the album was recorded, and the roster includes members of that city’s celebrated improvised-music community.

Reed has family in the Netherlands, “and I was lucky enough to spend a great deal of my youth there,” he writes in the liner notes.

“As my musical tastes began to mature I was quite drawn to the sounds of improvisers based in Amsterdam; of course Misha, Han, ICP, Willem Breuker, Sean Bergin’s MOB and on and on. I remember especially having my concepts of improvising, composing and swing completely changed after seeing an Available Jelly show.

“Then: Over the years of organizing concerts in Chicago I was able to present many of these amazing musicians who would soon turn into friends and colleagues, especially as my travels took me to back to Amsterdam as a musician.”

While sorting through sheet music from these various shows, it occurred to Reed to have PP&T cover some of these tunes at an upcoming gig in Chicago. “It turned out to be so much fun that I furthered the idea to the prospect of recording these compositions with the composers, and basically having PP&T be the ‘house band’.”

“It’s the group’s most diverse record to date,” writes Bill Meyer, in the Chicago Reader, “reaching beyond muscular bop and pensive, bluesy balladry into totally free improvisation -and it also includes a pair of joyous South African kwela-style romps by the late Sean Bergin.”