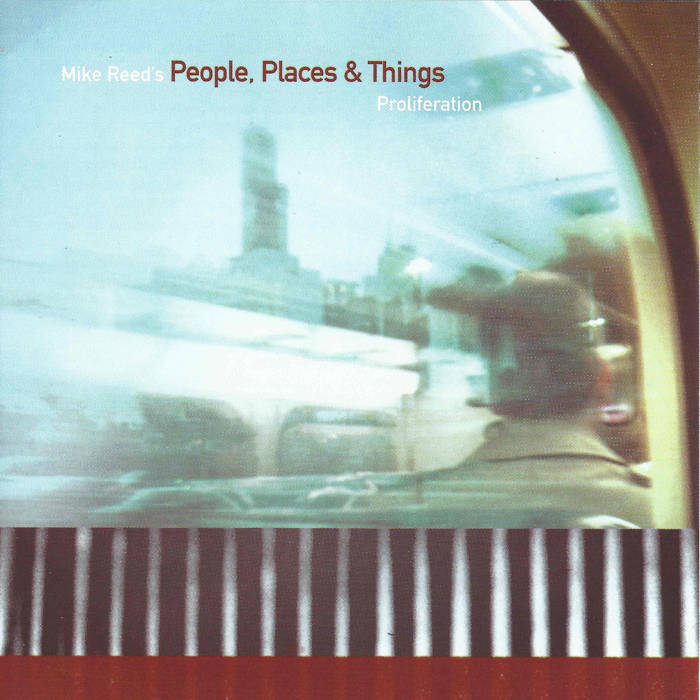 "In one of the most ingenious recordings to come out of the Chicago avant-garde this year, drummer-visionary Reed set himself a formidable challenge: to capture the spirit of the Chicago hard-bop scene of the mid- to late-1950s. Though Reed and his People, Places & Things band revisit classic tunes by Sun Ra, Wilbur Campbell and John Jenkins, the band brilliantly reinvents them." — Howard Reich, Chicago Tribune

This record is presented with thanks to the People, Places & Things that were the Chicago jazz, blues and improvised music scene from 1954-1960, especially the under-recorded and under-recognized folks that not only kept the music alive, but helped move it to new horizons. Assembled here are interpretations of tunes written by artists from or during their time in Chicago, as well as a few originals dedicated to the era. These are not literal interpretations, but rather adjusted to the feel of the modern city and its sound.

A little info on the tunes:

The vibrant drummer Walter Perkins led Chicago's most noted hard bop band, The MJT+3. With the stunning line up of Harold Mabern, Frank Strozier, Willie Mitchell and co-leader Bob Cranshaw, these musicians would serve in some of the most historic jazz settings of the coming decades. Although attributed to the entire band, this MJT tune, "Is-it", was most likely a Frank Strozier composition.

Wilbur Campbell was not only one of the most sought after drummers in Chicago (Gene Ammons, Johnny Griffin, Dexter Gordon, and Eddie Harris, to name a few), but also an accomplished piano and vibraphone player. This tune, simply titled "Wilbur's Tune Number 2", originally appeared on The Ira Sullivan record Nicky's Tune.

Written by the great alto player John Jenkins, "Be-Ware" was a dedication to the ubiquitous bass player Wilbur Ware. Although one of the most recorded hard bop players, Ware led only one session, The Chicago Sound, where this tune appears.

"Status Quo" may be the greatest opening track of the hard bop era. Featured on the Clifford Jordan/John Gilmore album Blowing In From Chicago, it was penned by another of the city's fine tenor men, the under-recorded John Neely.

Although Sun Ra may have been from Saturn, it wasn't until his time in Chicago that this become a revelation. We perform two Ra tunes, which developed during his Chicago years, "Planet Earth", and "Saturn", which many consider The Arkestra's theme song.

Singer, poet and activist Oscar Brown Jr. seemed to embody the artistic social political movement that pervaded America from the late 50's through the 60's. As a collaborator on such projects as Max Roach's We Insist! Freedom Now Suite, Brown was at the forefront of delivering the message of the people. On his tune "Sleepy" we try to evoke the down-home unrest that was such a huge part of the era.

Simply titled, "FA", this tune was part of the two-sided abilities of tenor player Tommy "Madman" Jones. Part bar walker and part Ben Webster-inspired balladeer, by 1957 Jones touched upon what would become the sound associated with classic Coltrane quartet of the early to mid sixties.

"Places": For The Pershing Hotel and Sutherland Lounge

"Pondering", another John Jenkins composition, was featured on the album Alto Madness (a co-leader date with Jackie McLean). The unison alto on the original recording predicts the sound of the early bop-influenced music that The Art Ensemble of Chicago would make more than a decade later.